Any correspondence or queries should be sent to the Clerk to the Governors, c/o the School or via email: office@rws.uk.net

Attendance of Governor meetings for this academic year can be found by clicking here.

Attendance of Governor meetings for the previous academic year can be found by clicking here.

Governors Terms of Office can be found by clicking here.

Our register of Governor's Business Interests can be found by clicking here.

Minutes taken from our FGB meetings are listed here:

Following the recent request for nominations for the Governing Body at Ravens Wood School, I am pleased to announce that the following parent will be joining the team as a Parent Governor.

The Governors and staff at Ravens Wood School welcome the new Parent Governor, and hope she finds her time on the Governing Body rewarding.

The Board of Directors appointed the following members of the Governing Body:

Dave has been a parent at the school for seven years and currently has two sons in years 10 and 12. His eldest son also attended Ravens Wood and has now moved on to University.

Dave is an advocate of enrichment activities in the school that give young people the additional experience and skills they need to grow into well-rounded members of the community, equipping them for life after Ravens Wood. He recognises how this has benefited his own children and he is keen that opportunities should be open to all students.

Since becoming a Governor, Dave has also taken an interest in the provision of careers advice. He has now become involved in recruitment of Vocational Trainees for his employer and he attends the Ravens Wood careers fair each year.

Dave's background is in the Financial Services industry, initially at Barclays where he worked for 10 years. He has been at Commerzbank for the last 18 years where he is IT Infrastructure Manager, providing the platforms upon which the Banks applications run.

Outside of work Dave previously spent six years as co-chair for a Primary School PTA; followed by an eight year stint as a Scout leader, which he gave up to focus on School Governance.

Jez is an IT professional (32 years), the last 24 years with HSBC. He has extensive experience running large global change programs and implementing technology solutions to support business processes.

Jez was previously Chair of Governors at RWS for 5 years. He is married with 3 sons, (25, 23 and 17). His two elder sons attended RWS and achieved a very high level of academic qualifications. One son has achieved a First at University of Exeter and one son (who was Head Boy at the School) achieved a First at Warwick University. Jez’s youngest son is currently in year 13. All 3 have benefited from the fantastic academic and extra-curricular opportunities that RWS has to offer.

Ruth is a co-opted governor who joined the local governing body in September 2019. She has a son in year 8 at Ravens Wood and a daughter in year 11 at Newstead Wood School.

Ruth is passionate about equality of opportunity for all young people and brings with her a wealth of experience. She is a senior lawyer with 30 years’ experience in the financial services industry in the UK and Luxembourg.

Desiree was previously a governor at the Highway school Orpington and Newstead Wood School for Girls, Orpington; she joined the RWS Governing Body in 2014. Before retirement Desiree worked for the NHS, primarily training as a SRN then later becoming a Health Visitor and Community Practice teacher, training student Health Visitors; Desiree especially loved working with new mothers and their families in the community.

Since becoming a Link Governor for Medical Safeguarding, Desiree’s previous role as a health visitor has given her more insight and understanding of this role.

On a personal note Desiree is married, has two grown-up sons and two lovely grandchildren.

Janet is a co-opted Governor and Senior Lawyer specialising in child protection law. She has 3 children, and her son attends RWS. She has previously been a community Governor for a Bromley primary school for 7 years. Janet was co-opted as a member of the Bromley Education, Policy, and Development Scrutiny Committee between 2012-2014, and is currently a member of a number of committees, Boards and a children’s panel in an advisory capacity. She is the Chair of Trustees for a children’s charity and is the London Co-Ordinator for a disabilities charity.

Clare is a Parent Governor and qualified counsellor, working with children and young people in Bromley schools. She had three sons at RWS who are now studying at Warwick, Southampton and Royal Holloway universities and who were all very involved in music throughout their school days.

Clare’s background is in business journalism and media relations in the UK and abroad. She is passionate about maintaining fair support for disadvantaged students and those with additional needs as well as promoting positive mental health for all students and staff.

Andrew is a chartered accountant, specialising in advising on Mergers and Acquisitions. Most of his career has been spent in London, but with two years in Tokyo. He has two daughters, one at Hayes School and one at Newstead Wood. Andrew was previously a parent governor at Hayes School, from 2014-17.

Linda trained as a teacher and has been involved in Education for 38 years. She has worked in Bexley, Lewisham and Bromley schools and has a wide range of teaching experience from Pre-school to Secondary.

Her main area of expertise is in the support of vulnerable pupils (and their families) with learning, emotional and behavioural difficulties within the educational context of school. However, she believes in an holistic approach to enhancing the progress of every pupil – working with the pupil, the family and the staff to establish the best relationship and environment for academic achievement.

Linda has lived in Bromley for nearly 40 years and has two lovely grown up daughters. She is a creative person who enjoys sport, art, drama, modern dance and interior design.

Matthew is a commercial and strategy professional in the telecommunications sector. He graduated from Oxford University in Modern Languages and has over 15 years’ experience leading multi-million-pound commercial negotiations, creating new business ventures, and building major strategic change programmes.

Matthew is married with 3 daughters and is passionate about providing children with the right environment to become inspired, engaged, and self-motivated, skilled young adults.

Jing graduated from Imperial College London with a Master’s degree in Biological-Engineering. She developed her interests in volunteering at University and joined an educational charity after graduation. Her work involved working with underprivileged young people across London. Jing worked in the Student Recruitment and Outreach division at Imperial College London and developed an in-depth knowledge of Higher Education. She moved into property industry after spending six years at Imperial and now specialise in Data analytics.

Jing is passionate about education and is very keen to inspire young people with the idea of post Ravens Wood options, especially in the area of STEM (Science, Technology, Engineering and Mathematics). She hopes by becoming a school governor, she can utilise her expertise in this area and provide useful insight into school policies and strategies.

Ms Spence is passionate about providing an excellent education for all children and ensuring they are given the best life chances possible; Ms Spence has a wealth of experience in education.

In her spare time Ms Spence likes to spend time with her family, including her 3 primary aged boys, and enjoys running and cycling. 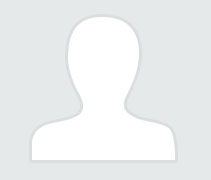